The Daughters of Shakespeare 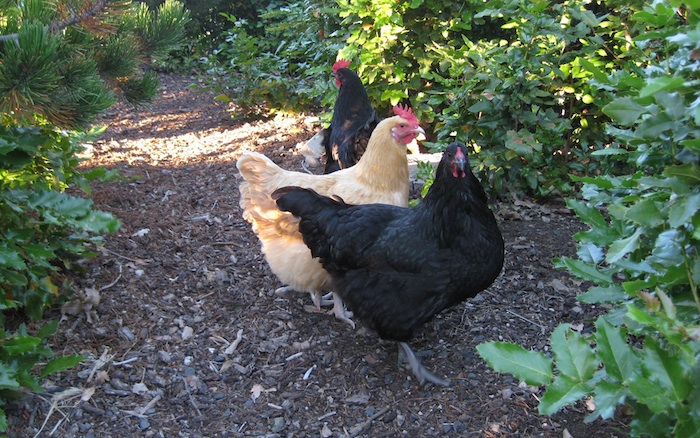 The chicks first grew from fluff balls to poop machines and now have become beautiful young pullets. Most of the chicks were delivered to friends; of the original twenty-six, we kept six. Their individual personalities are beginning to emerge, so it’s time to give them names.

We decided to look to Shakespeare for this first round of names. Cordelia (above) is the single Barred Rock. She’s beautiful and strong, just like King Lear’s loyal daughter.

As You Like ItWe have three Buff Orpingtons. They’ll be the heros of As You Like It: Rosalind, Celia, and Touchstone. Touchstone is fitting for the third of the Buffs, as we believe she may be a he and can fill the role of court jester quite well either way, as evidenced below. (We’ll probably continue to call her/him Big Bird anyway, as we have since week two when she doubled in size compared to her sisters.)

TouchstoneThe two Black Australorps are a good fit for Hero and Beatrice of Much Ado About Nothing. One sweet and one sassy.

Hero and RosalindThey seem to be adjusting to their new coop and yard. They don’t seem to be too bothered by the cool nights or the various neighborhood animals. In fact, it won’t be long before they’re torturing their ardent protector and ultimate pushover, Ellie. 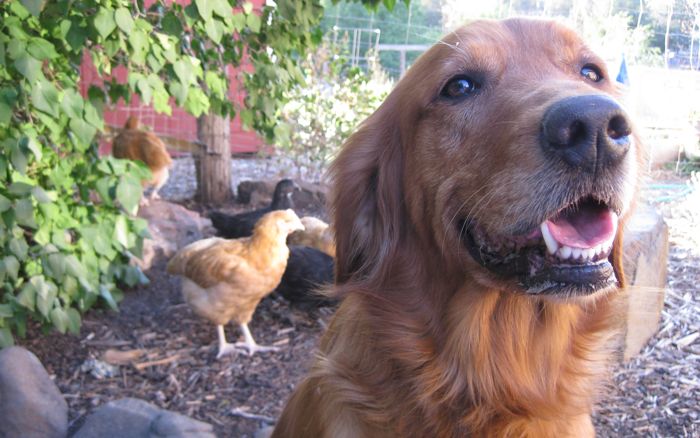