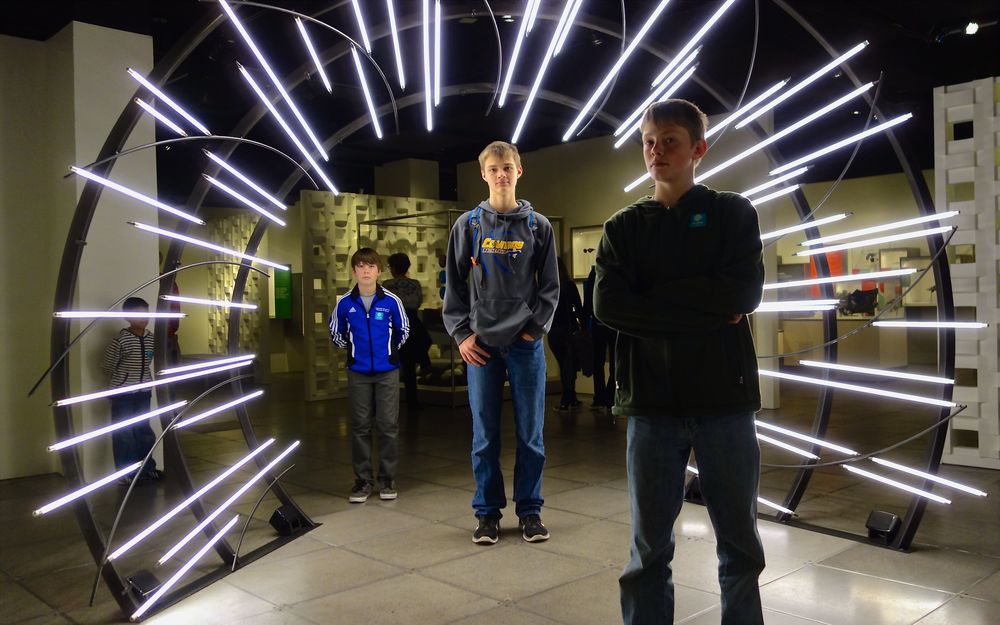 The drive home from Seattle is about six hours. It’s just long enough to have that one fidgety spot. When we approach that spot, I start hearing wishes for teleportation from the backseat.

“Just imagine…. We could be home already.” “We could transport ourselves to the pyramids for a weekend.”

“We could catch March Madness games in different arenas. On the same day.”

Usually I join the “we could” game, but this week I started thinking about the whole country zinging back and forth for March Madness games. We’d need bigger arenas. And the idea of needing bigger arenas led me to ask a lot of questions of my teenage-travelers-turned-quantum-scientists. We ended up talking quite a bit about the societal adjustments that follow an advance in technology, e.g. not wearing Google Glass in public restrooms.

We only have questions. No answers.

Just so I don’t leave anyone thinking this is a super-serious group of boys, watch this clip that is a perhaps more honest representation of the drive. Somebody invent that teleporter, please.