Today is Twitter’s fifth birthday. As part of the celebration, Jack, Ev, and crew asked users to post their favorite tweets with the #5yrs hashtag. I did. One of my own. And one of a longtime twitter friend. As I was scanning my timeline, I realized this medium is perhaps more meaningful to me than my handwritten journals from over the years.

I struggled at first, like everyone, with what to post. And how to do it gracefully in 140 characters.

But, then I found my groove. I used Twitter as a journal of sorts, for work and home.

I also used it for information gathering. Sometimes, I would ask questions and other times, information appeared as needed (almost magically! sometimes eerily!).

The presidential election of 2008 came along and twitter grew up. The election feeds surprised me.

Real thoughts, ideas, and debate were backchanneled in a mostly responsible, thoughtful manner.

I began to use Twitter as my outlet for news, pop culture, and personal interests. And watched as it gained respect as a platform, especially during times of crisis, revolution, and important events. 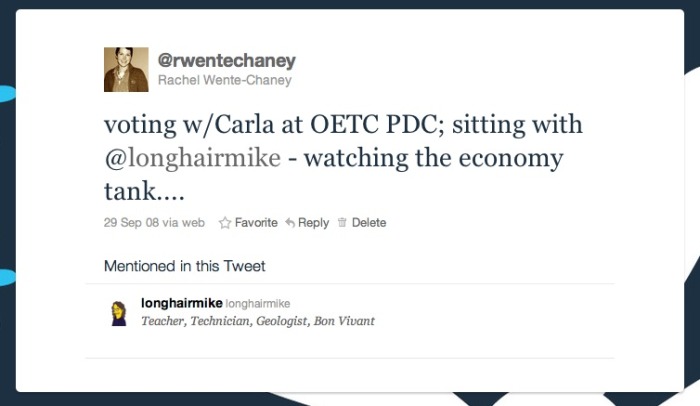 I thought I was clever sometimes….

And was even able to share a complete recipe (very good bread, by the way).

More important than the quips and thoughts I shared, though, are the ones I absorbed. The friends I discovered. The thinkers and geniuses I learned from.

I learn something from at least one of them each day. Thanks, @Twitter. 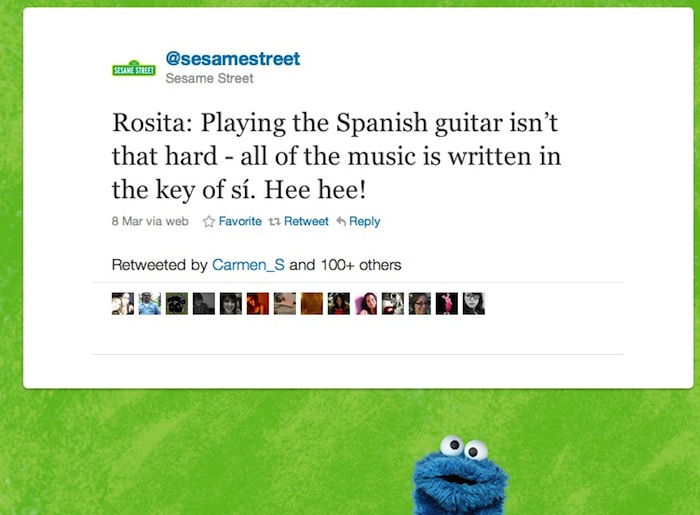