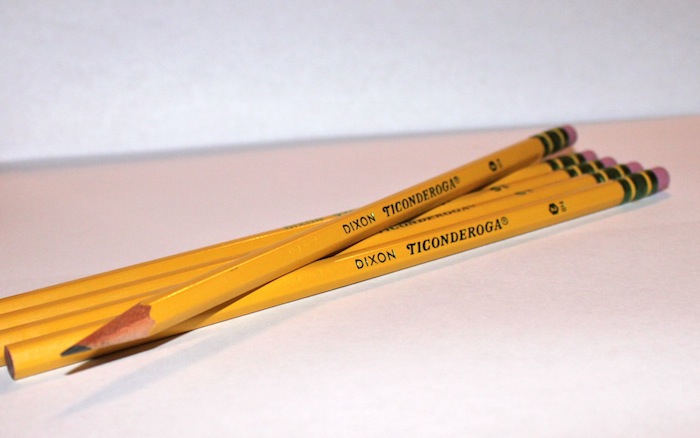 Okay. I know I write a lot about weird convergences in my life and it’s probably getting boring. BUT, this week….

1) I was with our state K-12 CIOs. We began setting a project scope and timeline for the transition to a new student information system. (See earlier whine about need for new SIS.)

2) I was with an amazing group of people talking about hybrid models for education. Specifically, we talked about using face-to-face and online courses for richer curriculum options in schools.

3) I listened to the Planet Money: Cappuccino Reconsidered podcast on the drive between these meetings.

I read I, Pencil and Free to Choose for my high school senior seminar class (they factor in the Planet Money episode). They’ve informed the way I think ever since (thanks, Mr. Goodwin), although Free to Choose did not turn me into a Republican overnight as it did some of my classmates. Mr. Friedman’s fundamental message made me realize the beauty of a well-balanced system, one which wouldn’t come about at the hands of Republicans or Democrats, or even Libertarians, but a blending of all of the above. The intrinsic checks and balances of multi-party friction are as important as the ones spelled out in our Constitution.

The reason all this matters to me this week is because of our current information needs in our state education system. For schools and teachers, we need usable data systems for the business offices and bus barns and the classrooms. For students, we need better access to information. We need all this in a time of severe budget constraints.

It’s tempting to try to do both by coming together across the state, pooling our resources, and buying one-size-fits-all products for these needs. It’s really tempting. For many reasons. But I drove and listened to the Planet Money guys. And heard the reminder about central planning v. the free market. The pencil story and the cappuccino story have a simple beauty.

All those years ago in high school, I felt the best system was a blend of many. Natural checks and balances. I think I’m leaning that same way in my thoughts about our current project needs. Small pieces that can be snapped together or apart, like Lego blocks, may allow us to achieve greater success than an all-in system. 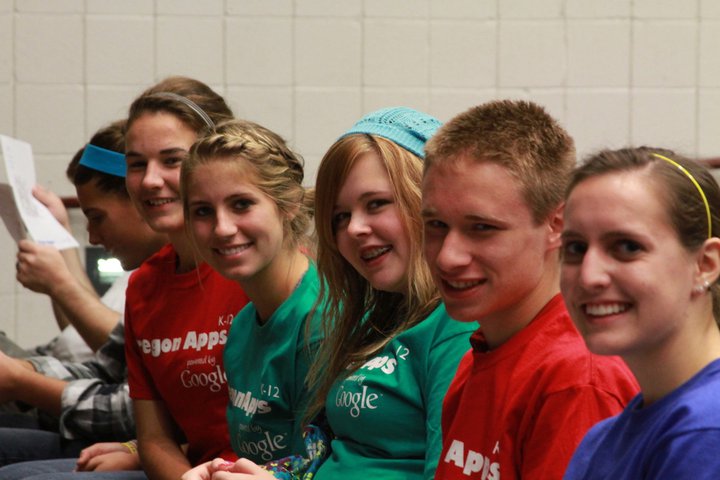 Oregon has Gone Google. We were the first state to provide a state-level agreement for Google Apps for Education. I’m part of the training team that travels the state, providing Google Apps training and support to Oregon districts and teachers. We do things like the Google Summit.

Training is available in-person and via WebEx. We’ll also be presenting sessions at most of the Northwest edtech conferences and events in 2010-2011. Visit the Oregon Apps training site for more info. You can also email to book a training. 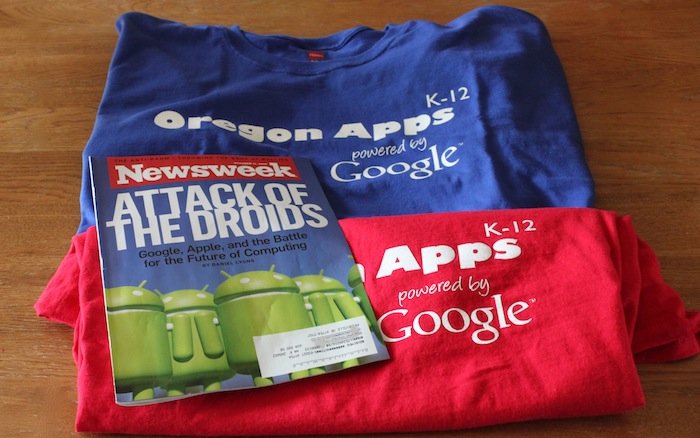 I was in Sherwood, Oregon this week for our Google Summit. I pulled onto our lane and stopped by the mailbox after the long drive home. I was excited to see this Newsweek in the stack of mail. The best part of the cover article was this question:

So what happens when most of the residents of planet Earth carry a device that gives them instant access to pretty much all of the world’s information? The implications–for politics, for education, for global economics–are dizzying.

Part of my job is looking at those implications and finding the opportunities for school districts, teachers, and students in our state. My current projects are dizzying. In the best way. 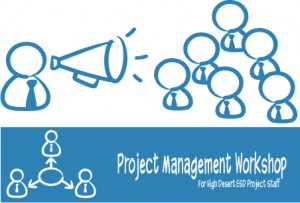 At the High Desert Education Service District, we manage multiple, simultaneous projects. They range from special and early childhood education to technology and building projects. Keeping track of promises, timelines, outcomes, and deliverables is overwhelming.

This half-day workshop, scheduled for March 17, provides an introduction to project management, guidelines for each of the stages in a project lifecycle, templates, and resources.